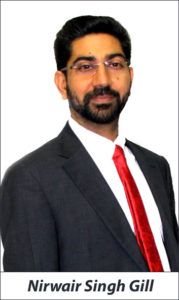 Finding the astrologer near you ? Meet Mr Nirwar Singh Gill is one of the famous & Genuine astrologer in Mississauga, Nirwar ji is one of the most trusted horoscope reader near you he always focuses on solving the problems with keen. He has very vast knowledge about Hindu Vedic Astrology and thorough understanding of residential and commercial vaastu science. His results and predications are always satisfactory , his advices are very easy to follow. He has also acquired the knowledge of occult science . You Can know more about Nirwair ji by Clicking " Know More about Nirwair Ji.

HOW WAS THE VEDIC ASTROLOGY IN ANCIENT TIME?

During the period of 3000 BC for the first ever time in history, sage parashara wrote his monumental work on astrology. This book is known as “brihat parashara hora shastra”. For the first time he delineated the Classic natal horoscope involving the 12 signs of the zodiac, the 12 houses, the nine planets and 27 nakshatras. For this reason earlier the Indian astrology was known as parashara astrology/astronomy.

The second reference book written by varahamihira during period 57 BC is “Brihat Jatka”. Saint varamihira was the prominent astrologer of king vikrama ditya.The “Ganit Jyotish” by Mr.arya bhatta and “Sidhanta Shiromani and Karan Katuhal” written by bhaskaracharya have also helped greatly in the further development of astrology.

Beside this dr.B.V Raman has contributed a lot in the evolution and development of new vedic astrology. His prominent books are namely :

In short Dr.Raman in his writings has not only evolved a method of calculating Rashi and Graha Balas, but also have involved a method of calculating the strength of retrograde planets.The first book on Tazik system is written by Dr.K.S. charak. This is known as text book of Varshaphala. 16 Tazik yogas have been discussed in it. The new vedic astrology is thus evolved from time immemorial and is developed and rooted in the classical texts. It is now based on precise mathematical calculations. It has now almost diminished the chances of committing any mistake in reading a horoscope of a person correctly. It aims at lightning the burden of others. Modern astrology is now capable of providing correct and concrete Astral remedies to modify the impact of unfavourable planets.

NIRWAIR JI IS POPULAR AS :